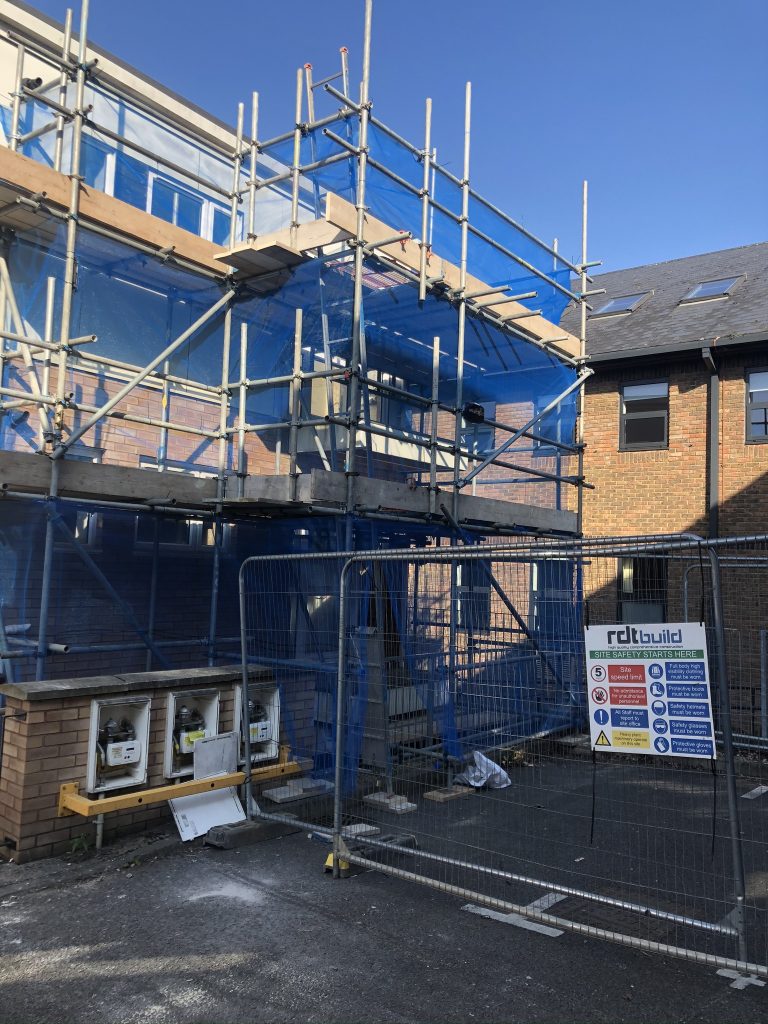 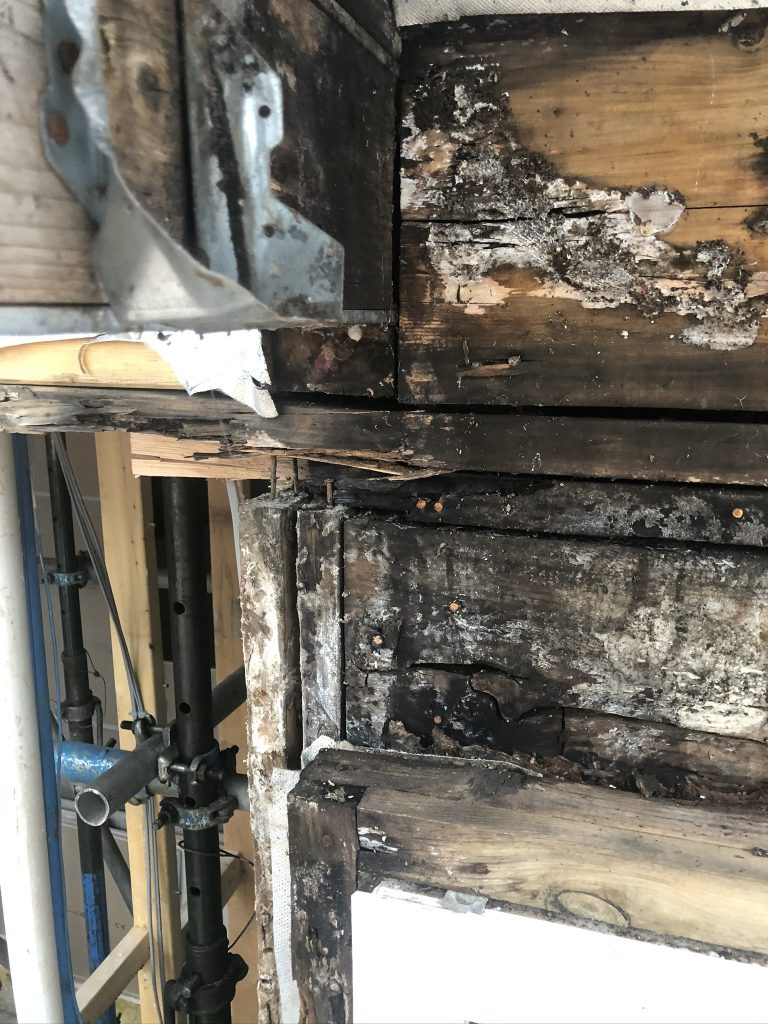 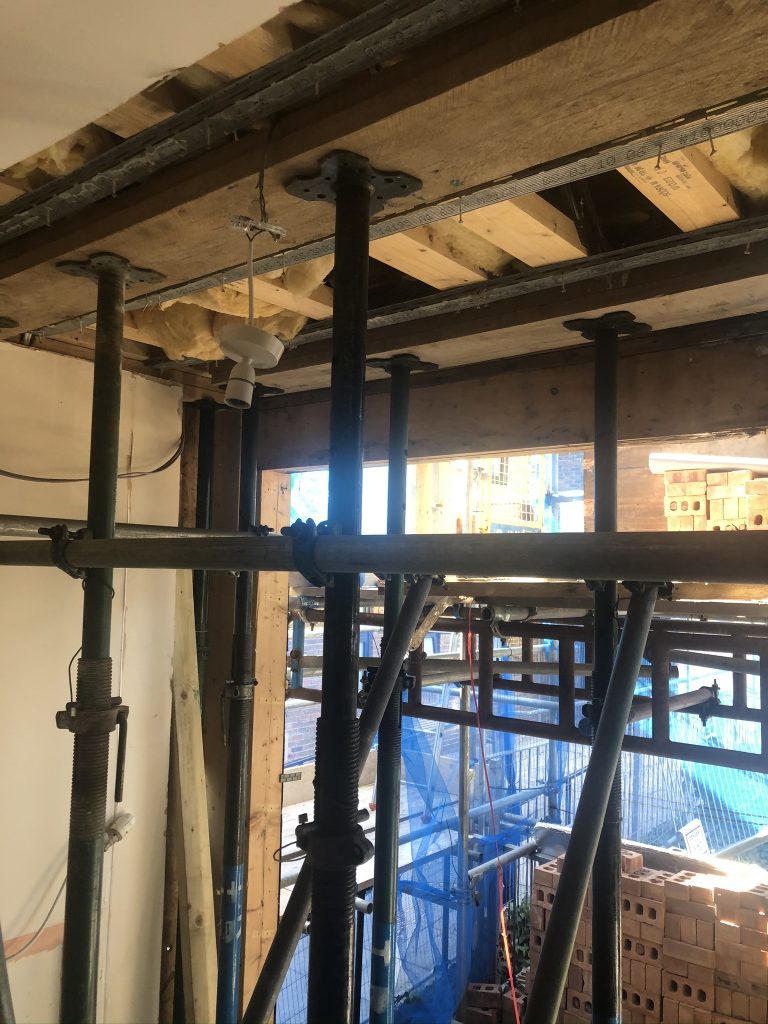 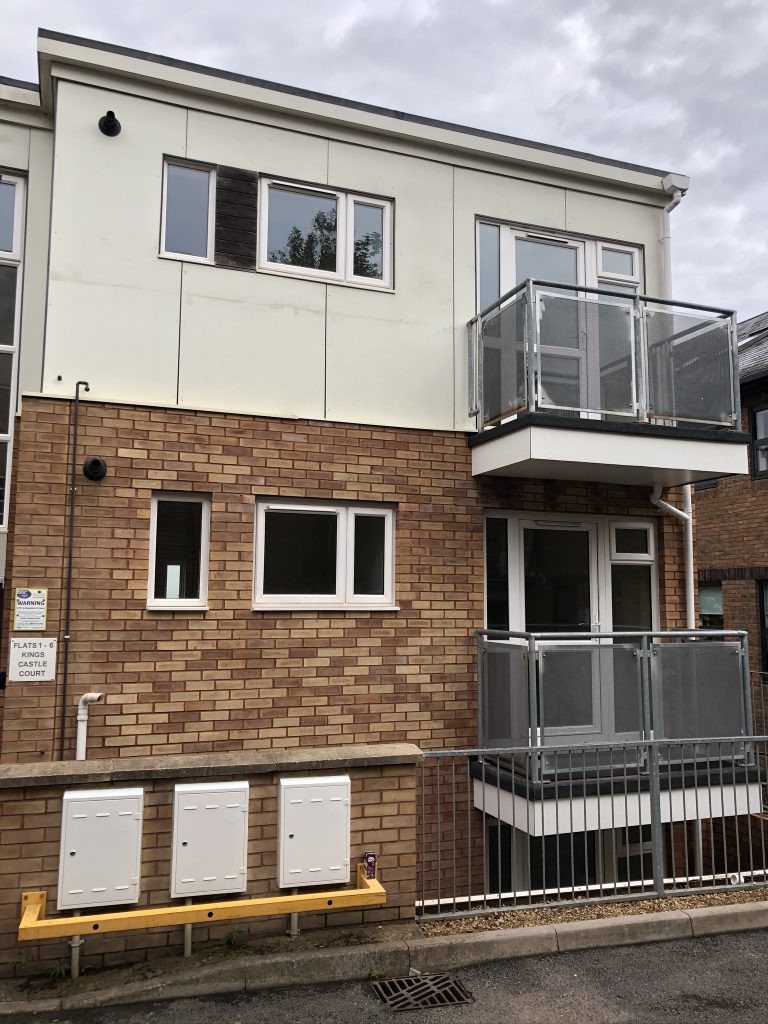 RDT Build was recently appointed to successfully remove the existing façade to a 3-storey block of flats in order to remove and replace rotting timber to the existing timber frame.

To carry out this project successfully, the team engaged the services of a propping contractor to design and install propping to each of the flats internally to keep the building safe and stable during the works.

To help minimise costs and disruption to the existing occupancy, brickwork to the façade was removed carefully in order to re-use as many bricks as possible. Internal finishes were also carefully removed to ensure that the rotting timber was completely removed.

All rotting timber was completely replaced before re-building the façade and internally installing new plasterboard, reinstalling the kitchens, new flooring and providing new consumer units.
Due to the works being carried out in a live environment all occupants were kept up to date throughout, with the minimum disruption to all occupants living there.

The site had a few challenges which the team were able to work through and resolve. Access was poor due to a low underpass into the area, little parking, existing residents, additional work following opening up of façade and taking on the void works to all 3 flats at short notice.

RDT Build managed to overcome all of these issues by planning the works carefully and reacting where necessary to provide solutions to the problems which occurred.

All works were completed in line with Government guidance due to the Covid-19 Pandemic.

BUILDING QUALITY IS WHAT WE DO